The fortress of Petra, also known as Petra-Tsikhe or Petra-Tsihisdziri, is a historical and archaeological complex that includes a citadel and ancient settlements. Archaeologists refer to different periods of the part of this fortress – from the late bronze to the late Middle Ages. In the VI century, the city-fortress was founded here by the Byzantine emperor Justinian, and the cathedral was built. The significance of this fortress depended on the strategic location at the intersection of trade routes that connected the Eastern Black Sea region with the central regions of Georgia, Byzantium, Persia, and Armenia. Also in the first half of the 18th century the fortress was captured by the Turks. Here the bloody battles of the Russo-Turkish wars of the XIX century unfolded. 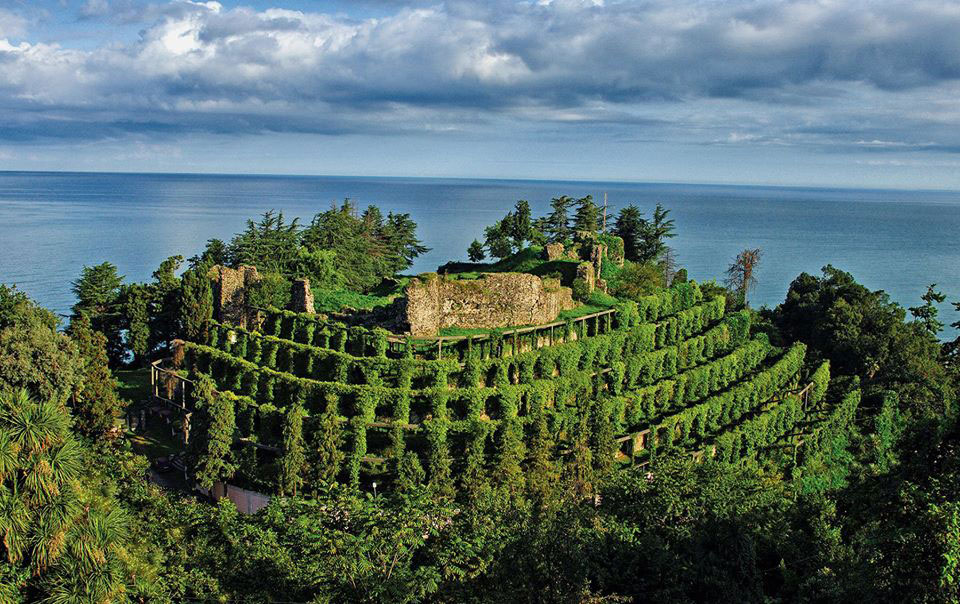