This marvelous temple is a result of skillfulness and brave creativity of Armenian architects of 7th century. Having been built only on several columns it survived for three centuries. Even at present, the awe-inspiring ruins bear witness of the fact that Zvartnots (Angels place) was worth to be considered one of the jewels of the world medieval architecture. 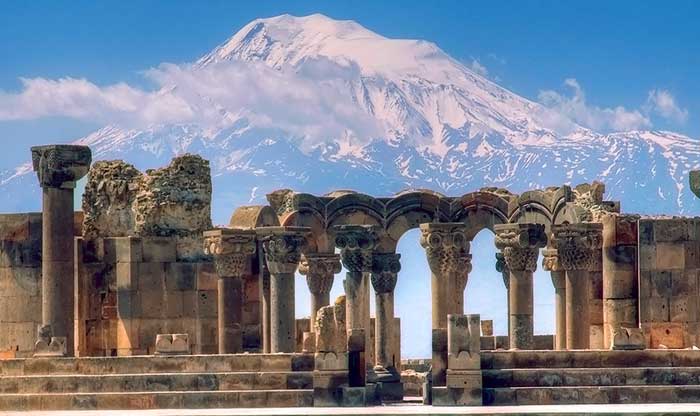