Orbelian’s Caravanserai is a caravanserai in the Vayots Dzor Province of Armenia. It was built along the Vardenyats Mountain Pass (also known as the Selim Mountain Pass) in 1332, by prince Chesar Orbelian to accommodate weary travelers and their animals as they crossed from, or into, the mountainous Vayots Dzor region. Located at the southern side of Vardenyats Mountain Pass at a height of 2410 meters above sea level, Orbelian’s Caravanserai is the best preserved caravanserai in the entire country. Ruins of a small chapel may still be seen adjacent to the vestibule, across the road from a spring.
This 14th-century caravanserai in the Vardenis Pass has served as a guesthouse for merchants crossing the Silk Road through Armenia.
The length of the caravanserai is 35.5 m and the area is 298 sq. m. There is a three-room hall with 7 pairs of pedestals, divided into medium and side ships, single stone pool. Trusses are built between 64 horses for the horses. At the end there are 2 small rooms for guests.
On both sides of the porch are pictures of animals: the coats of arms of the Orbelian government, a bull in the east, a lion in the west with a human face on the crown of a serpent attacking it.
The Selim Caravanserai was destroyed in the 15th and 16th centuries, and was restored during the years 1956-1959. 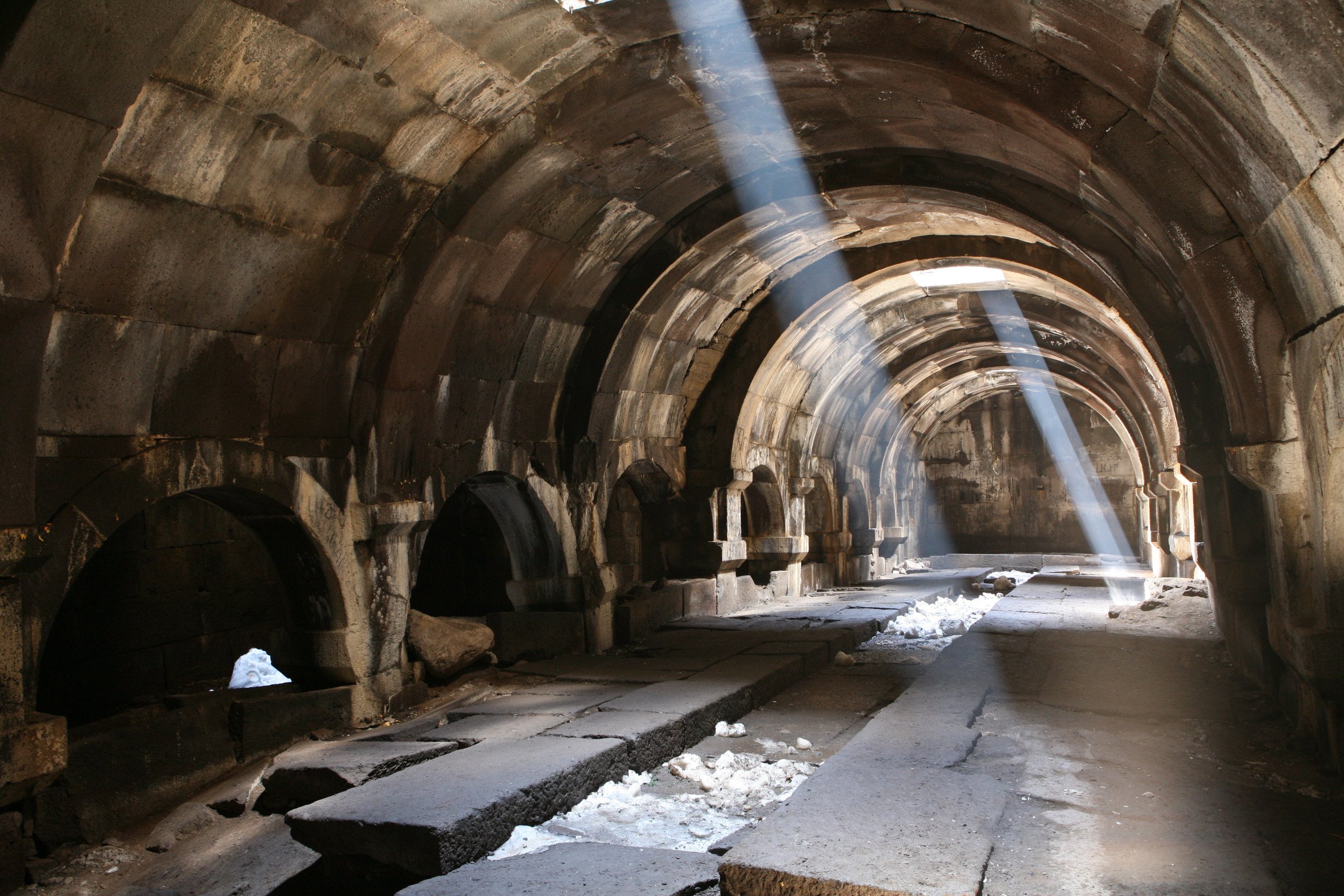 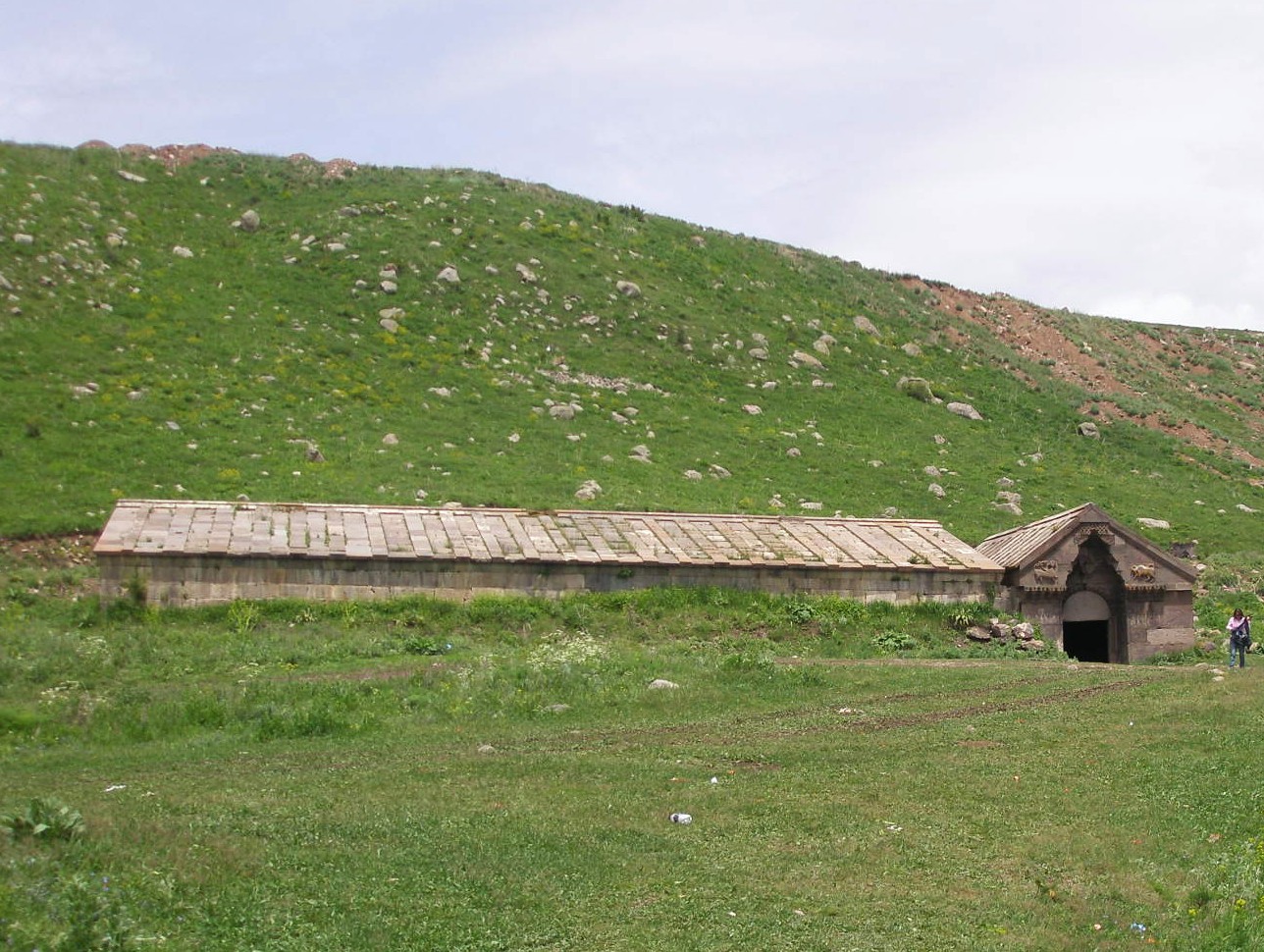